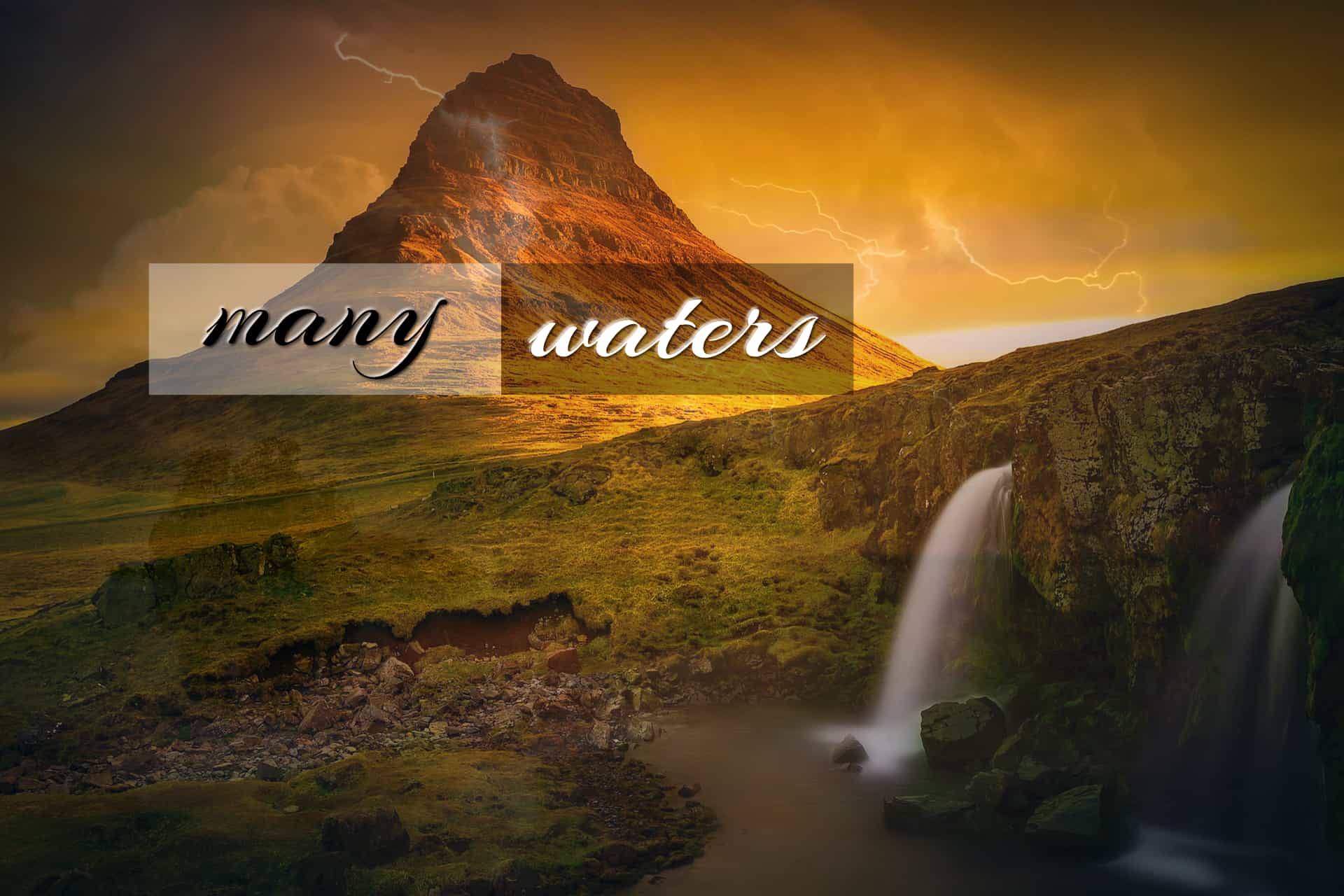 What does God sound like is an important question that, like any other precept, unlocks other parts of the scriptures. The scriptures is the greatest puzzle on earth, and anyone who understands how it’s structured knows that unlocking the precepts is crucial to unlocking the hidden meanings.

And, behold, the glory of the God of Israel came from the way of the east: and his voice was like a noise of many waters: and the earth shined with his glory.

And it happened, that when I had heard it I stood up upon my feet, and hearkened, and, behold, there was a voice that spake, and the sound of it was like the sound of many waters.

And his feet like unto fine brass, as if they burned in a furnace; and his voice as the sound of many waters.

The general understanding of this has been that the voice of God sounds like many streams of running water or even many waterfalls combined. Considering that the scriptures is built precept upon precept, getting hold of the precept of water unlocks the true meaning.

And he saith unto me, The waters which thou sawest, where the whore sitteth, are peoples, and multitudes, and nations, and tongues.

Without distracting from the main focus of this article, many people will challenge the definition of tongues since there is a whole movement built on speaking in tongues.

4. And they were all filled with the Holy Ghost, and began to speak with other tongues, as the Spirit gave them utterance.
5. And there were dwelling at Jerusalem Jews, devout men, out of every nation under heaven.
6. Now when this was noised abroad, the multitude came together, and were confounded, because that every man heard them speak in his own language.

Here we see without going into much detail that speaking in tongues equates to understanding when someone speaks in their language.

As shown in Revelation 17:15, waters mean peoples, a large number of people and nations and tongues regarding groups of peoples.

The following reference associates the phrase “great multitude” with “voice of many “, further solidifying the premise that “waters”, as defined by Revelation 17:15, is the correct understanding.

When heard, God is the voice of the thunderings of a multitude of people speaking simultaneously. Using this understanding, it becomes more evident what the passage below means.

The LORD works in many nations and many languages with many people. All peoples came from Adam, the son of God, and Noah, sons repopulated the earth. God works with all nations until they reach the point of Sodom and Gomorrah, Canaan or even the world before the flood; then, they are destroyed. The LORD is majestic and holy, and we must worship in holiness and truth, honouring his name by keeping his commandments.

The final piece of evidence

While two references are good, a third reference will provide a sturdy foundation for the argument presented.

There is nothing better than indisputable evidence.