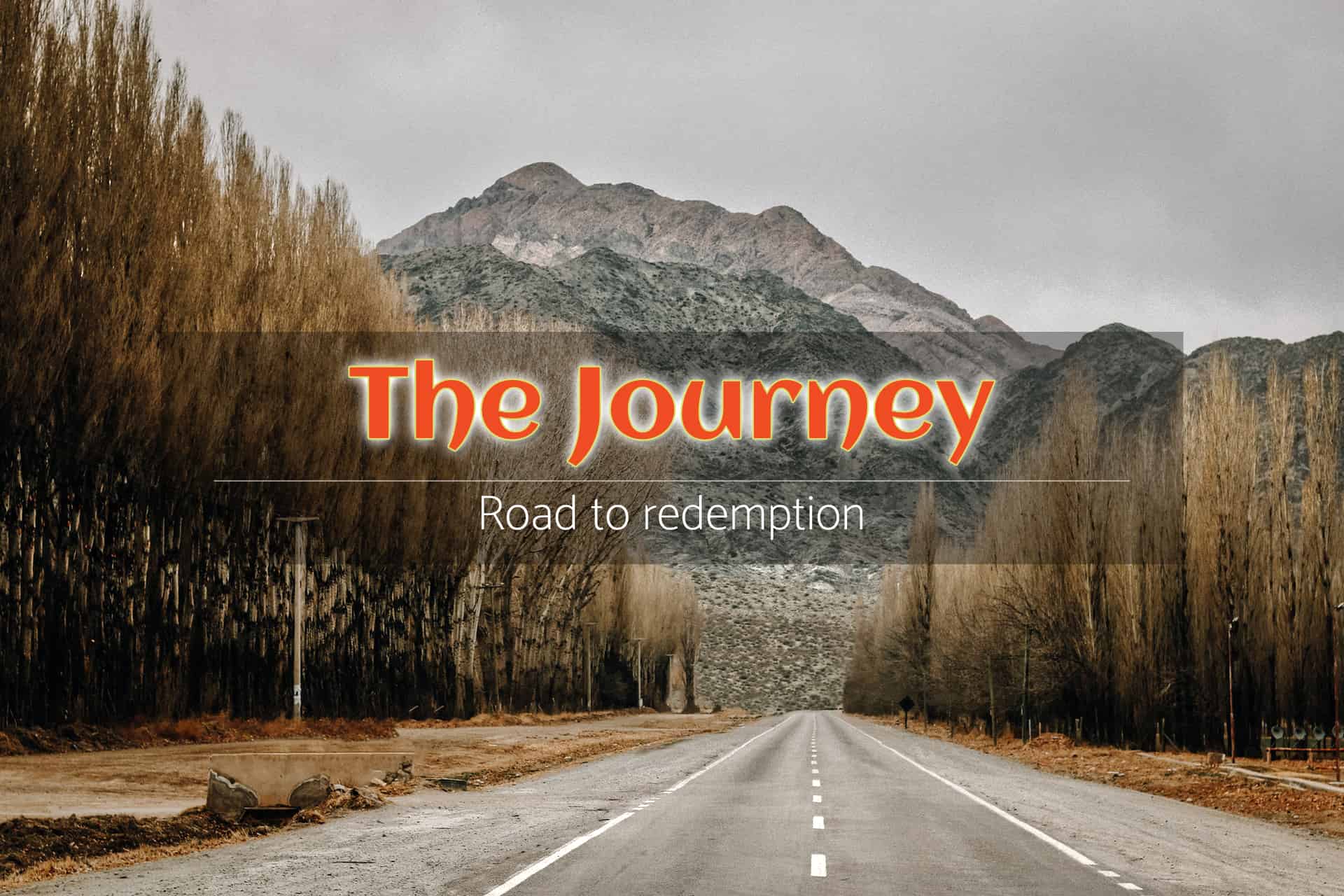 He placed the other foot in front, sweat pouring from his entire body. His feet felt like they were nailed to the ground; the sheer effort it took to walk was like moving a lead ball. He has been on this journey for an eternity with no end.

He looked up through the fluttering haze of heat, seeing the outlines of what should be his destination. Was it close, or was it far? He couldn’t judge the distance through tired eyes and the smouldering heat. It wouldn’t be the first time he had fallen for a mirage. His body and brain were tired, but he had to get there no matter the cost.

His body was tense and primed for another surprise attack. He wished secretly it would be an enemy he had defeated before; better yet, there would be no more attacks. The last ambush attack almost took him down. They were relentless and calculatingly creative.

An ingenuity born of a hive mind.

He could feel their eyes from a distance. Why could he sense such malevolence if he was only a prey of necessity? Does the cheetah hate the gazelle, or is the hunt simply necessary for survival?

Why did they hate him so much? There were many of them, so what threat did he alone pose?

The thought of giving up glanced across his mind. Could it be that bad to stop? Surely the exhaustion of this never-ending journey was not worth it. What was the promise he had read? He knew the truth in his spirit. Howbeit, he couldn’t visualise the promise—it was outside his temporal, time-based frame of reference. He felt stupid just thinking about it. Suppose his primitive interpretation was way off?

Everyone else had gone in the opposite direction. Was there time to turn around and catch them? Looking behind him showed a clear path; where did the haze go? Indeed, it appeared they were one step away. That road was much easier that the one he took. Nevertheless, something deep in his core pulled him down this impossible road. If it was impossible, why continue? Just choose the other path, it was clearer and smoother, and there would be many people to stand beside.

He was sure that he couldn’t turn back. A single strand of thread glowed in the pitch-black and guided him. He knew deep in his spirit that whatever was at the end of that thread was worth it. The thread had never wavered, evident in him still living.

From the corner of his eye, he saw the sunlight shimmering on what looked like a sword. Before he was even ready, the attack began. It was swift, skilled and focused. He faced a battle-hardened expert swordsman whose every stroke emanated the desperation of fighting for one’s life. The attacker was skilled and underhanded, caring only about victory no matter how it came. The fight embodied such ferocity, and telling was the attacker’s eyes; there would be no easy way out of this situation. He felt there would not be any talking, running away or defeating this attacker in battle.

He hoped he was wrong.

Even if he had the skills to challenge, he was too tired. He fought for all he was worth without hesitation, allowing his muscles and brain to work freely in complete synchronicity. Without deliberate thought but instinctual fluidity. He didn’t think about how tired he was; he just let everything go. This battle would have to be fought on his previous encounters and the light that guided him. On autopilot.

His strength never waned. Where was it coming from? The pace was relentless and seemingly unsustainable. None of them gave ground, and without both having such high levels of skill, one would be sliced to bits by now. Suddenly his opponent howled the words “turn back”, disengaged and stood a short distance away.

He watched in confusion.

The enemy’s eyes were shivering cold, staring into his eyes. There was obvious burning conviction in him, which appeared to fuel the enemy’s determination. Both readied for re-engagement.

The pause in the battle had reminded his body of how exhausted it was. Could he survive another onslaught from this tremendously skilled opponent? How did he survive the first attack? Be that as it may, he readied himself and uttered with the bravado of the most unrealistic B movie, “if today is my day to die, then I will die, but I will not go back”. The attacker looked at him with utter hatred and disgust, and as quick as the entrance was, so was the departure. He stood, muscles ready, and eyes locked where this surprise attacker just stood.

His muscles pulsed and shivered as the pent-up energy needed release.

He was stunned. What just happened?

He thought about the last encounter while walking. Couldn’t the attacker have won if he had continued to fight? Why ask him to turn back, and why retreat? If the battle was pressed, surely the attacker had over a fifty per cent chance of victory. Were these not good enough odds, or was it more important for him to turn back than die?

He could barely lift his foot to walk, yet he had the energy to fight in the last encounter. How was that possible? He defended against an enemy that would destroy the most valiant opponent with only those dead, soulless eyes. Eyes that said—you are outmatched, and you will not leave here alive whether you fight or run.

He thought back on the life he had left behind. Those days seemed like another age—another distant time fading rapidly with the counting days. The daily rituals sprinkled with an illusion of life, self-propelling, before an exhausted and pointless departure from this world. A life-filled confusion of Hegelian dialectics, a plethora of divisions, and a platter of destructive courses, all part of this panopticon moving in the opposite direction of the light.

A voice called out to him. His muscles tensed, and he froze. He waited without moving an inch, ears perked, listening for the sound to emerge again.

“May I walk with you?” the voice coming from the left said.

He didn’t say anything.

Sensing his hesitation, she said, “I am alone, walking in the same direction. I saw your battle earlier and would feel safer walking with you. See, I have no weapons.” Then she emerged from the shadows. He looked at her.

She was stunning with dirt marks on a soft face, strength in her eyes with a wise but yielding vulnerability. Exquisite.

With her keen eye, she saw his shoulders relax, and she approached even closer.

“What are you doing out here?” he asked.

With vulnerable sincerity, she answered, “walking towards the light”.

He slowed his pace even more on the gruelling road so that she could keep up. She engaged his mind, and with adept tactility, she drew him closer. He was still going forward, but his vision was not so clear. He rejoiced in this new companion as the attacks subsided. Like an unused sword becomes dull, so did his edge. He rested more often for her until one day, he stopped, promising himself to continue once she was settled. Time passed, and he looked at the clear skies.

He could no longer feel their watching eyes.

He opened his eyes in a moment of clarity and looked at her with knowing eyes. She looked back at him with soft eyes, both understanding each other’s thoughts. She didn’t smirk, laugh or display any glint of acknowledgement. Never stepping out of character. He rose, conviction relit like roaring lion of fire, without a word and started walking into the re-emerged haze—no more clear skies. She didn’t pursue him.

He wondered what was at the end of this road that warranted such a broad spectrum of warring. His thoughts sunk in disbelief. She had such warm soulful eyes, directly contrasting the swordsman’s cold, shivering, soulless eyes, yet she was a hundred times more deadly.

How do you fight when you don’t even know you are under attack? He thought about the distinct nature of the battles and how they paralleled the world left behind.

He opened his eyes, lay on his bed and stared at the ceiling. His thoughts mulled over the extremely vivid dream he had just had. He smiled with knowing weary eyes. If only the journey were that easy, he muttered. He got ready for the day; dream overlayed with this prison of a world.

His strength, the lion, roared inside—the reverberations energising him to tackle the journey.