You first or God first? 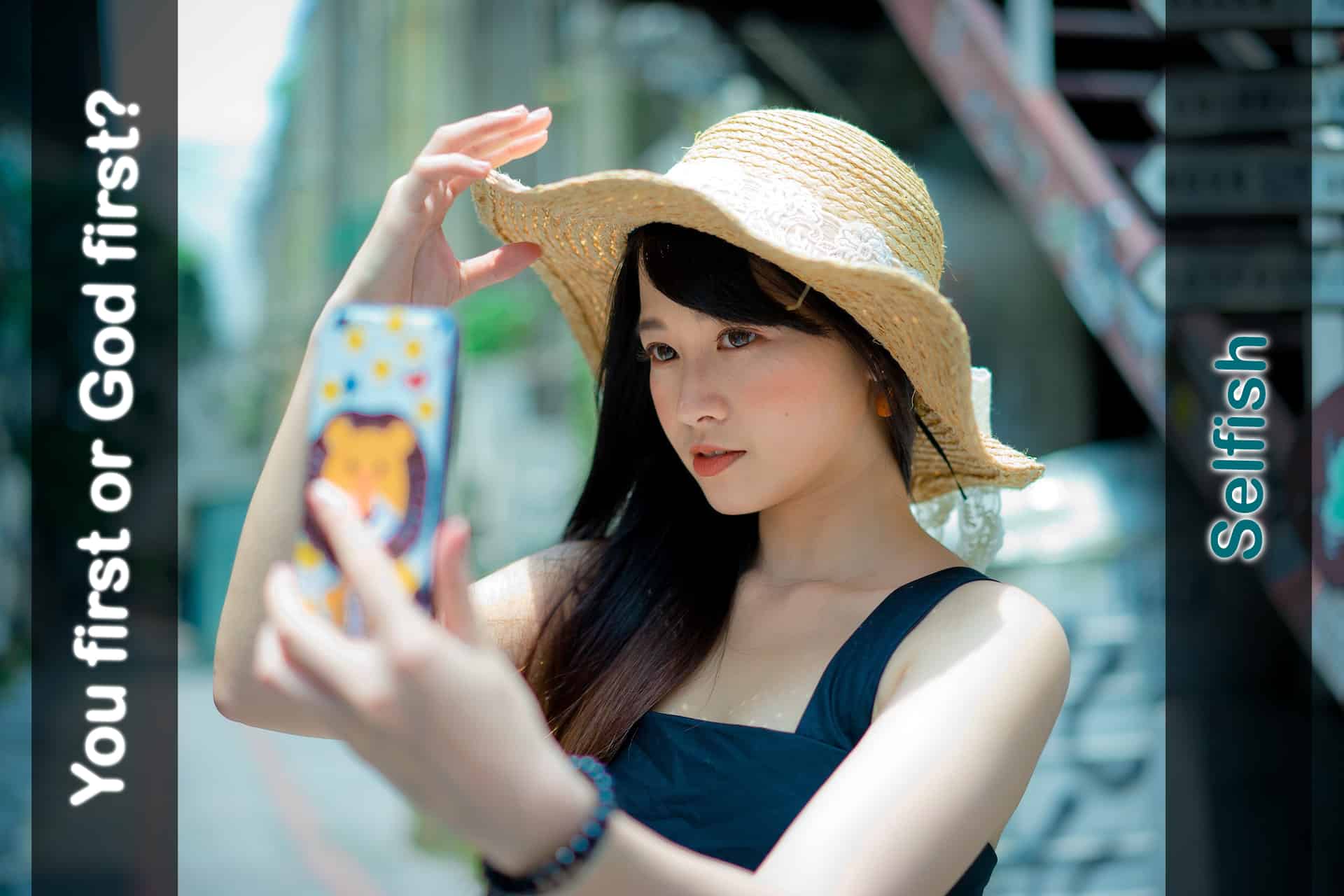 I am always amazed at how many people participate in Christianity but dedicate most of their time to themselves. So many claim the name of Jesus without understanding what it means, the complete sacrifice of your life to him, but instead, live their lives in vanity and the pursuit of material and self-serving possessions.

Jesus gave clear instructions from the Father when he was on earth, but despite having his word right at hand, they sink into the hands of the world and its selfish desires. Indeed, they love the world and its things, evidenced by their non-stop pursuit both in actions and thoughts. Their entire life is geared around getting more money and the cliche of becoming a millionaire.

What time is left for God?

26. If any man come to me, and hate not his father, and mother, and wife, and children, and brethren, and sisters, yea, and his own life also, he cannot be my disciple.

27. And whosoever doth not bear his cross, and come after me, cannot be my disciple.

Why do they insist on participating in religions that ritualise worshipping God while misunderstanding and misrepresenting what worship is?

The answer is a lack of reverence or respect for God. There is no way under the sun that they can have any respect for God when he comes last behind their jobs, meals, television shows, relationships, and everything else in their lives. They prepare and study tirelessly for their careers but barely invest time in preparation for God—unless it’s for money through deceit.

Religion impersonates the doorway to God and, over many years of incarnations, has convinced the entire world that the way to God is through them. These imposters have worked tirelessly, and the masses have fallen for the deception, hook, line and sinker. They follow without thinking behind an institution that has dulled their senses and removed them far from God.

Religion has created a new reality of how to worship God. Their doctrine, refined in the fire of filth over the years and with a lips of honey convince their followers that their truth, is the truth.

Presenting ourselves to God

4. And when the queen of Sheba had seen all Solomon’s wisdom, and the house that he had built,

5. And the meat of his table, and the sitting of his servants, and the attendance of his ministers, and their apparel, and his cupbearers, and his ascent by which he went up unto the house of the LORD; there was no more spirit in her.

Solomon’s ascent into the house of the LORD left no more spirit in the queen of Sheba. He, by no means at this time, took God for granted. Solomon gave God the best that he had. Why shouldn’t he? God gave him everything he had.

Today, those claiming to serve God give him the crumbs, not the entire meal. God created everything and all you have, he gave to you, whether wicked or righteous. The wicked receive riches for their destruction, and the righteous receive to get them through this life.

What should we offer to God?

Firstly, God doesn’t need your money. After saying this, the way he often works on earth for our eyes is through the physical. Tithing provides a way for those who do the work of God to be free from additional labour so they can focus on his tasks.

The best of everything was given to God. The offerings were not given to man, but God, which then transferred to the Levites.

We give to God and present ourselves before God with all of ourselves. Not because he wants your money but because he gave you everything, and if you choose to serve him, you must give him your entire life.

How do you intend to enter his kingdom when you do not regard him? We are in a war here on earth—a contest which will decide our fates. Yet, most people do not invest any energy into fighting for God’s kingdom but expect to reap the rewards.

Do not delude yourself. Only by following the instruction of Jesus which is to worship God (Revelation 19:10) will you enter into the kingdom. When you worship God you give to him the best.