Only 66 Inspired Books Lie — Wake Up to the Truth! 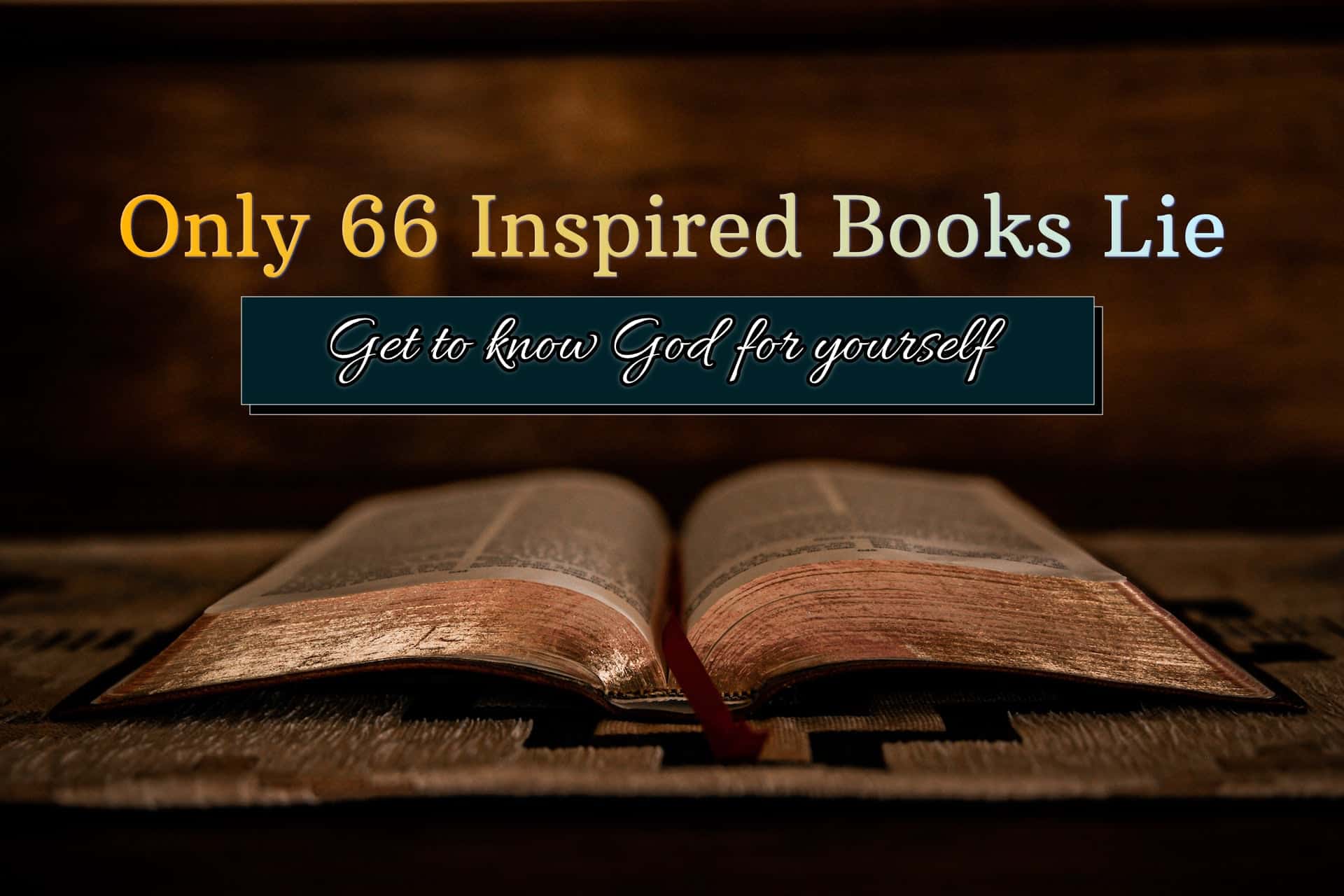 I have learnt many things on this journey; one is that many people, including leaders, appear to serve God but do not. Many of these people have ignored the call of God and succumbed to the flesh, but many more, including the leaders, have taken on a direct role in fighting against God. One of the lies that Christianity and its Protestantism divisions have spread is the invalidity of many scriptural books. Many denominations require the individual to accept that only fractions of the inspired word of God are valid without presenting a scrap of evidence towards that claim that simple research couldn’t dispel.

Always Fighting Against the Law

The ongoing fight against what the law of God is and whether we should keep it is what led me to this truth. I have seen many people choose that the law is not valid purely because their loins burned and they yearned for money and the things of this world. It was obvious to me that the law, following the instructions of God, is still valid. If not, there would be no sin, since breaking the law is sin (1 John 3:4).

Considering that the law is still valid, I wanted to respect the times and laws (Daniel 7:25), so I searched for the biblical calendar to celebrate the holy days and times that God put in place. However, I could not find all of these details in the Bible. It took me a very long time searching to understand the deception which stopped me looking outside what these so-called leaders told me was the box. When I understood that God worked with the entire world, and even the Bible showed that events were written in other books (Esther 2:23, Joshua 10:13), I knew the answer must be available somewhere else.

The question remains of why, with so many references in the Bible to other books, these books are ignored by protestant denominations. One of the tactics used is to pit protestants against Catholics or Orthodox Christianity. This is the age-old tactic of getting someone to go along with you, not because you are correct, but because they must go against the other side. How many people are trapped because they are fighting against the Catholics, the Vatican, the Orthodox, and vice versa? Countless.

When I understood the use of the “divide and conquer” methodology, I was on my way to being free from that bond. Unlike others who grew weary of Christianity or another religion leaving their belief in God behind to embrace the world, I realised this was also part of the deception. The world’s religions wear you out and exploit you until nothing is left (Proverbs 5:9-11). Then you are into the no better world, spending your days bitter against the religion that raped you of your life and throwing yourself into the world with full gusto to wash away with tears the torture of remembering your honour and virginity being taken by these miscreants.

After finding many answers to the calendar in the Bible, I picked a book I once discarded as fiction after looking at charlatans on youtube, such as Trey Smith, who spin such wild tales you get sucked into the lie or toss the book aside as mere fantasy. I picked up the Book of Enoch and found a detailed account of how the calendar is organised. While it does take some figuring out, it is better than being stuck with the lie.

Finding this information cemented my understanding that religion has been put in place to deceive those who try to follow the path of the Most High. Indeed, we see this in the following passages, which show that these institutions have been set up for that reason.

33. Then builded they the city of David with a great and strong wall, and with mighty towers, and made it a strong hold for them.

34. And they put therein a sinful nation, wicked men, and fortified themselves therein.

35. They stored it also with armour and victuals, and when they had gathered together the spoils of Jerusalem, they laid them up there, and so they became a sore snare:

36. For it was a place to lie in wait against the sanctuary, and an evil adversary to Israel.

37. Thus they shed innocent blood on every side of the sanctuary, and defiled it:

The 66-book lie is just one of many put in place to execute the plan to get the children of God to forget the laws and ordinances. As Daniel prophesied, so it happened in the Grecian kingdom, where the king spoke great words against the most High—fighting till this day against the laws of God.

44. For the king had sent letters by messengers unto Jerusalem and the cities of Juda that they should follow the strange laws of the land,

45. And forbid burnt offerings, and sacrifice, and drink offerings, in the temple; and that they should profane the sabbaths and festival days:

46. And pollute the sanctuary and holy people:

47. Set up altars, and groves, and chapels of idols, and sacrifice swine’s flesh, and unclean beasts:

48. That they should also leave their children uncircumcised, and make their souls abominable with all manner of uncleanness and profanation:

49. To the end they might forget the law, and change all the ordinances.

50. And whosoever would not do according to the commandment of the king, he said, he should die.

Books for the Righteous

The more you search for God, the more you understand. It is a simple equation, yet most people cannot solve it. God is not found in religion by attending the church, bible study or by paying tithes to the churches. The tithes belong to God to do his work, but many pass on this responsibility to the churches and absolve themselves. This is incorrect; the more you study, the more the truth becomes evident that each of us has a duty to God (Parable of the talents: Matthew 25:14–30, Parable of the ten virgins: Matthew 25:1-13, The wedding invitation: Matthew 22:1-14) and we must take up that mantle.

12. Then, I know another mystery, that books will be given to the righteous and the wise to become a cause of joy and uprightness and much wisdom.
13. And to them shall the books be given, and they shall believe in them and rejoice over them, and then shall all the righteous who have learnt therefrom all the paths of uprightness be recompensed.

While the 66 books are inspired, they are not the only books sent by God (John 21:25). Those who search will be given those books, and they will trust in them, and God will open their eyes to the truth, and they will see the lies.

Only the 66 books, better known as the Holy Bible (the protestant Bible), are the selection of books the founders of the protestant churches have conspired to allow their congregation to read while hiding everything else. They claim that only these books are inspired and forbid their congregation to read anything else without providing any valid proof for their claim. This lie has led many astray and have left them struggling to find answers that the leaders themselves cannot offer. Do you know that Bible study teacher that doesn’t know anything or the pastor that says to pray about it because he doesn’t have an answer? Or when your studies of the Bible conflict with the doctrine taught in the church and you are left confused? Yet, the congregation all follow as an ox to the slaughter (Proverbs 7:22-23), not knowing it is for their life.

The false gospel is for your life, and it is not a joke. Sitting passively and not taking a stand for yourself is the same as willingly handing yourself to hell. This lie is one of the greatest deceptions you must escape, keeping the commandments of God without fear and allowing the Highest to guide you into all truths (John 16:13).

As always, choose today who you will serve. The flesh strives for the things of this world. The flesh is strong and powerful; we all have fallen at some point, but get up, dust yourself off, and continue the journey, striving never to fall again. This test will determine whose kingdom you want to be part of and who you will serve.