How to become a true Christian 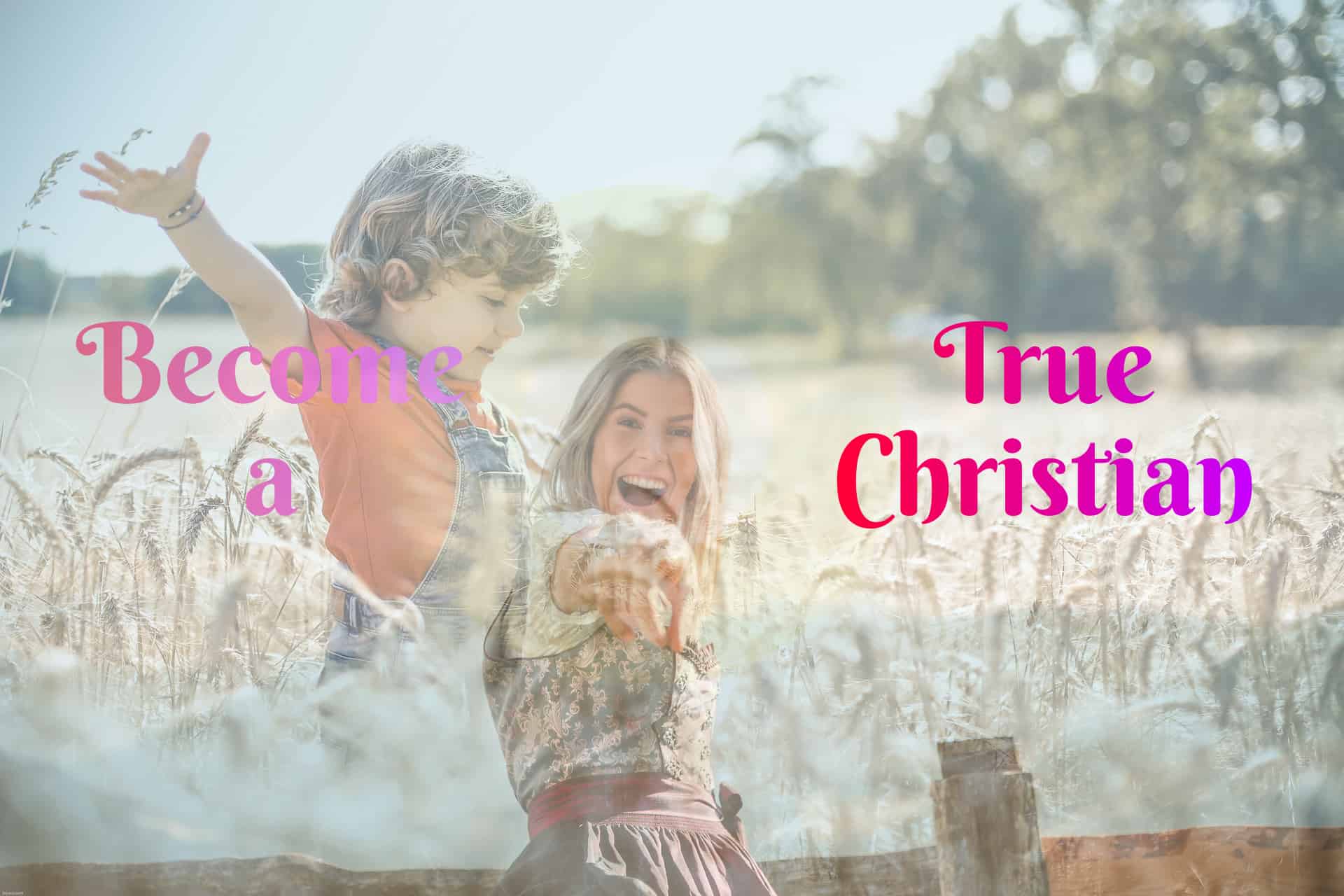 Although the answer to the question of what makes a true Christian is straightforward but rejected by most people within Christianity. Christianity has evolved to the point where it has taken on its own identity and fights against the word of God detailed in the scriptures. As an institution, it has set out to amass a set of followers, an army, under the pretence of serving God, but only serves its controllers. Anyone wanting to become a true Christian will need the courage to let go of all their life and all the things they have held dear so far.

The meaning of Christian

Yet if any man suffer as a Christian, let him not be ashamed; but let him glorify God on this behalf.

Christian comes from the Greek word Christianós (STRONGS G5546), which translates as a kinsman (relative by blood) of the Anointed One (the Messiah, also called Christ).

As this definition details, the only way to be a Christian is to be a kinsman (relative) of Christ. But how does one become a relative of Jesus? There is only one way to become a relative, which Jesus demonstrates in the following passage.

31. There came then his brethren and his mother, and, standing without, sent unto him, calling him.

32. And the multitude sat about him, and they said unto him, Behold, thy mother and thy brethren without seek for thee.

33. And he answered them, saying, Who is my mother, or my brethren?

34. And he looked round about on them which sat about him, and said, Behold my mother and my brethren!

35. For whosoever shall do the will of God, the same is my brother, and my sister, and mother.

So long as we do God’s will, we become a kinsman, a relative of the Anointed One. Jesus, the most outstanding example of doing the will of the Father, has shown us that to be a part of the family, we only need to follow the commandments of God and do as he did.

Who can become a true Christian

Anyone can become a Christian if they are willing to commit to the instructions of God. The Most High can raise even dead stones to be Christians (Luke 3:7-14). Those who are proud to be persecuted in the name of God and glorify his commandments instead of being ashamed or afraid.

A Christian walk has many obstacles, many of which look like genuine articles. No matter how clever these obstacles are, nothing can deceive a true Christian, because a they do not walk by his own strength.

For there shall arise false Christs, and false prophets, and shall shew great signs and wonders; insomuch that, if it were possible, they shall deceive the very elect.

The hand of God guides all of his servants; therefore, Christians can rest assured that they are making the correct choices as long as they abide in Him and glorify his name by following His instructions (1 John 2:27-28, Wisdom of Solomon 3:9).

Christianity looks tame on the surface but is one of the most insidious organisations on earth. It has embedded its tentacles into society, where people now see the organisation as their identity rather than God. The organisation has set what it calls “Christian values” and determines what is suitable for the times. We see this with the compromise of liberal values such as LGBTQIA+, their doctrine of tolerance and their redefinition of “love” (John 14:15), which goes straight in the face of the instructions of God (biblical view).

The ones who identify the deceptions of Christianity through the truth setting them free, will know that to be a true Christian requires an unwavering commitment to the instructions of God. The simplicity of the fact is both incredible and liberating, but the world is organised to destroy anyone who chooses the path of God.

Rejoice if you have to suffer for the name of Christ and stand tall, knowing that Jesus has overcome this world and your reward awaits (John 16:33).